title: Wheelie Bins detail: Can something please be done about the wheelie bins, which are left out on the pavement from one collection day to the next, on Keightley Drive. Some of the bins have no lids others no numbers, most are left out as they are no longer used or due to sheer laziness. There is one bin which has not been emptied for over a year as it is too heavy to move. There is a Co-op trolley on the grass outside number 22a. This appeared a few weeks ago and children have been playing with it. I phoned the Co-op and left a message so they are aware of it. Thank you. url: https://fix.royalgreenwich.gov.uk/report/2894767 Submitted via FixMyStreet 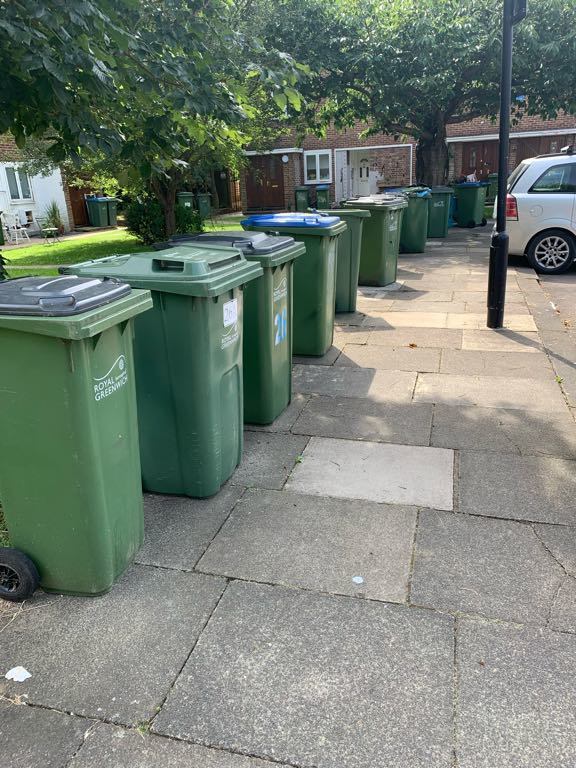