title: Black bins are still not being emptied. OneSpace cafe car park opposite David Lloyds in Kidbrooke Park Road. Recycling men made it yesterday (bin day) but the black bin men never made it again. detail: Yet again we were missed. Bin day I have now found out is a Tuesday but no black bin men appeared. Wildlife are making a mess, see the squirrel in the photo. url: https://fix.royalgreenwich.gov.uk/report/1301016 Submitted via FixMyStreet 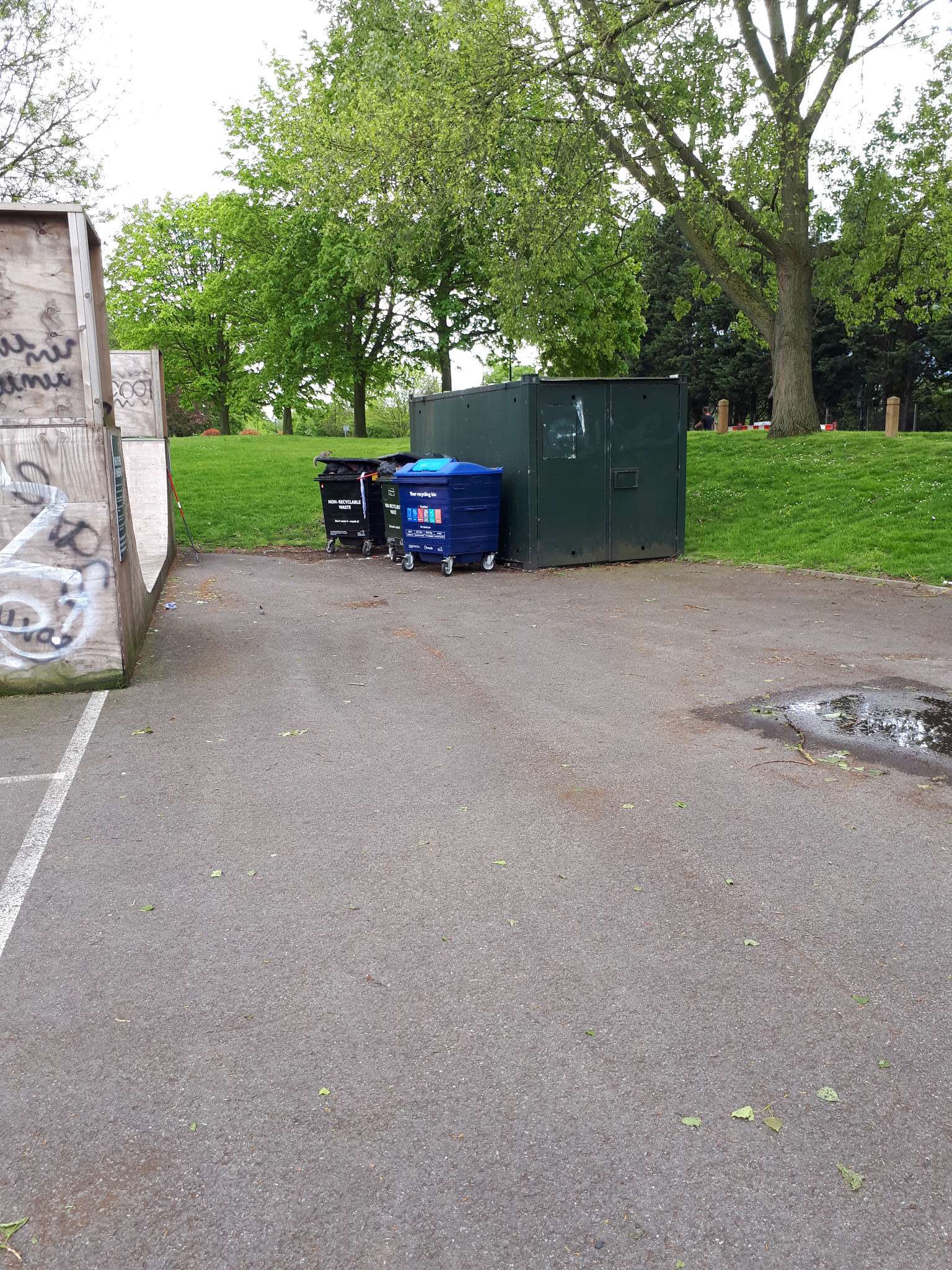