title: Inconsiderate neighbours rubbish detail: Ongoing for months. 7 Whetstone Road keep placing their bin outside number 5’s hedge specifically where there is a tree planted. Prams and wheelchairs are unable to get passed. Number 5 have moved this bin back to in front of number 7’s unused drive numerous times, but number 7 just move it back outside the hedge. They also leave black bags here which foxes rip open and they never clean it up, other residents have to. They also put rubbish in other peoples bins during the night. url: https://fix.royalgreenwich.gov.uk/report/1292502 Submitted via FixMyStreet 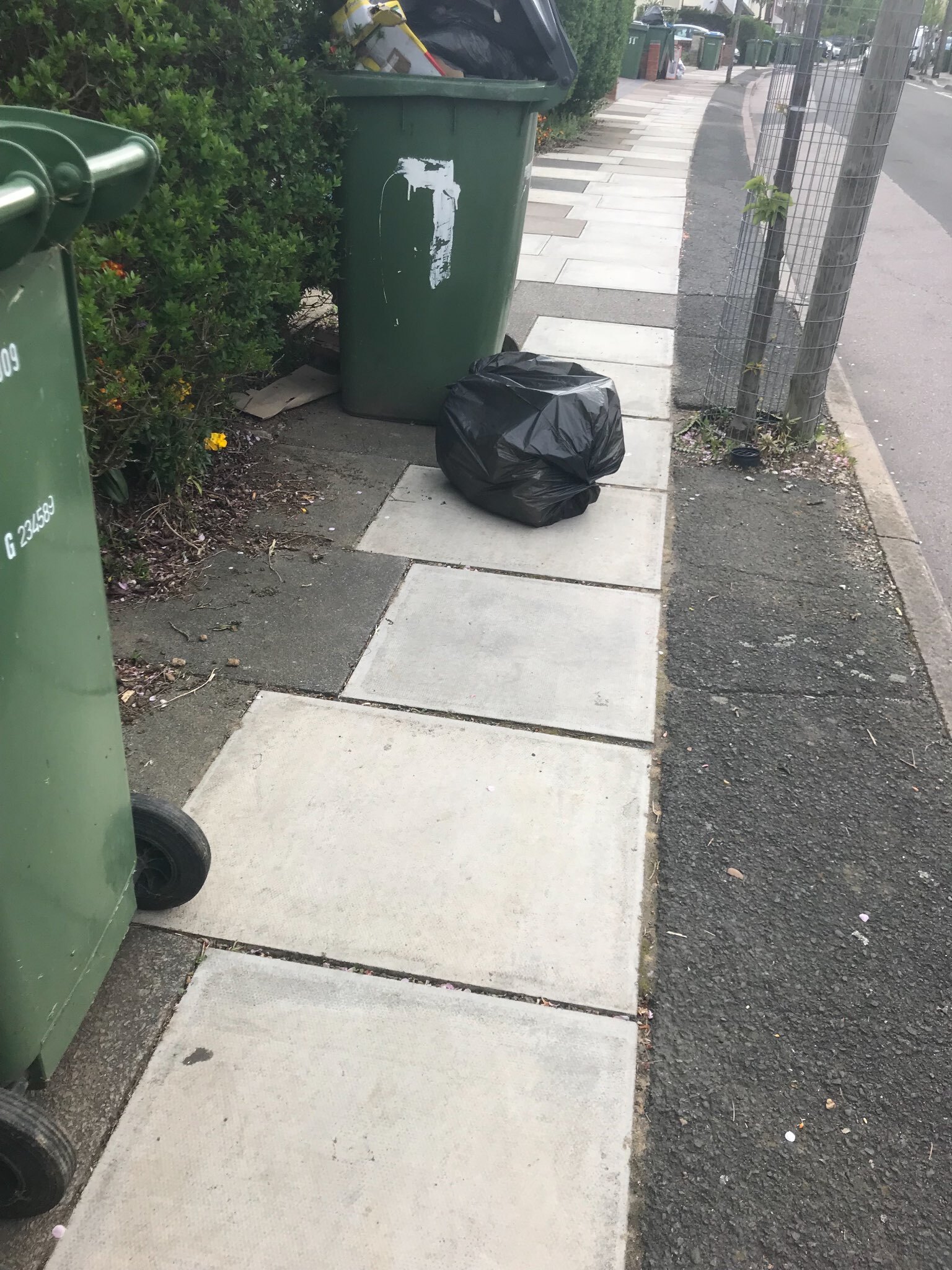