title: 30 bags of refuse on pavement rats run under them detail: There are at least 30 bags of refuse outside 2 Woodville st. This refuse has been there for several weeks and I have seen rats run around them. They are a health hazard. There is also a mattress dumped outside that house which looks like it is a multiple occupancy rented house. Foxes open the refuse bags and the refuse then gets blown by the wind all over the street. I live in the flats opposite. Please see pictures attached taken on Monday 19 March 2018. url: https://fix.royalgreenwich.gov.uk/report/1253853 Submitted via FixMyStreet 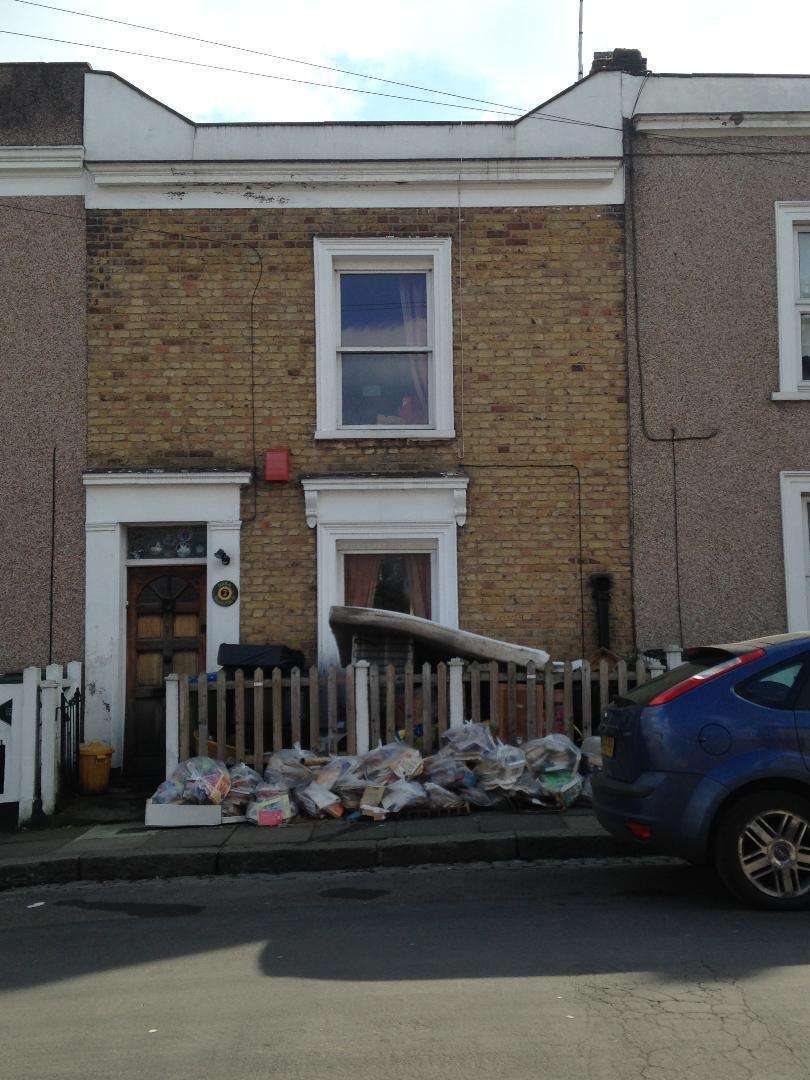