title: Plot of land has been exposed as gates have been removed, allowing more access to neighbouring properties. Problem with security, using as a toilet, flytipping and graffiti detail: There is a plot of land at the top of Invicta Road/corner of Charlton Road which has been exposed as the large gates have been knocked down. This has encouraged dumping of rubbish and graffiti, and people have been spotted trying to climb the neighbouring fences and urinating on the land. This will further encourage anti-social behaviour and poses a security risk to neighbours. url: https://fix.royalgreenwich.gov.uk/report/1222021 Submitted via FixMyStreet 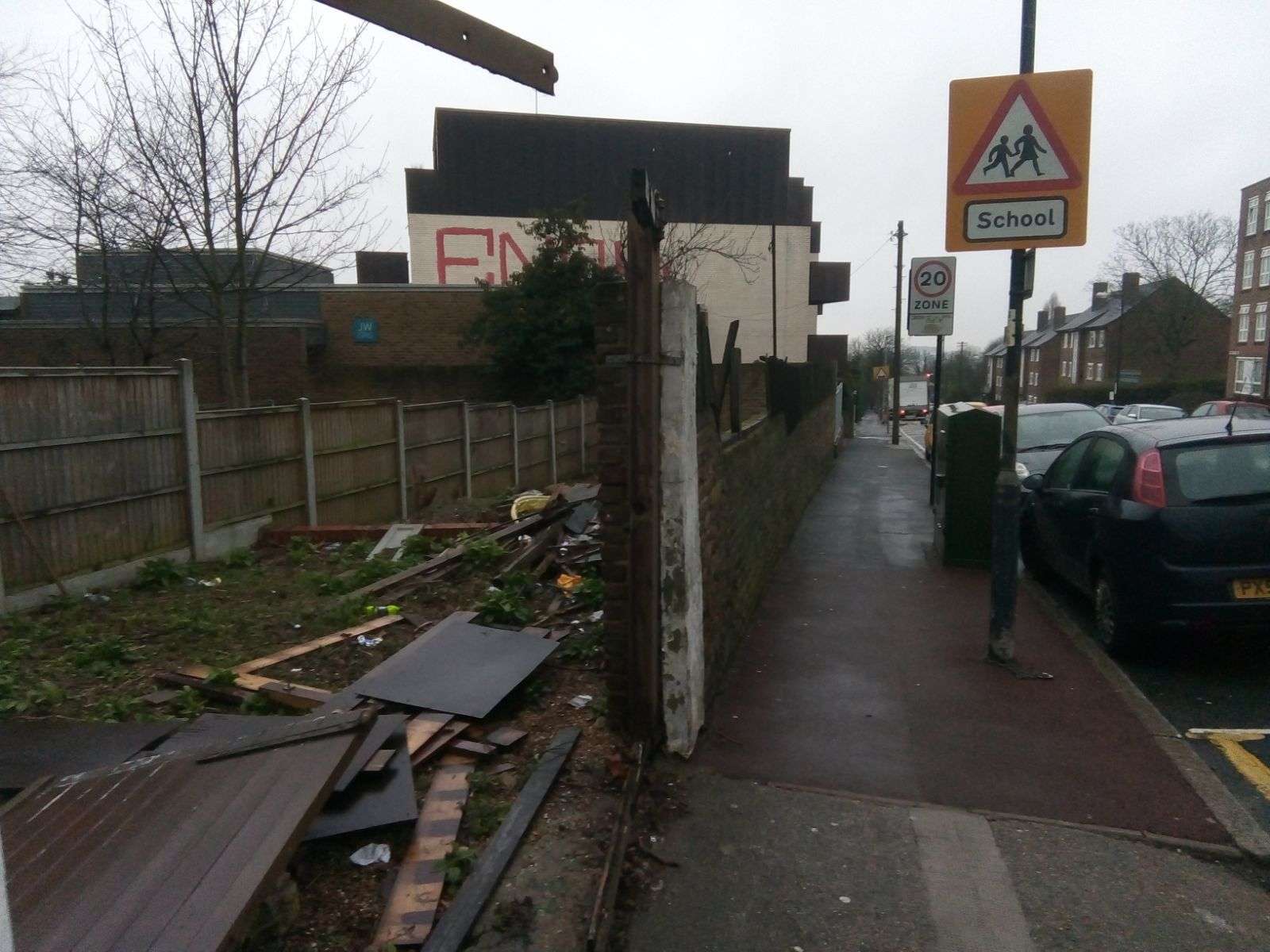