title: Large flytip detail: I reported this on January 20& it was changed to fixed on 23 January, when in fact no action has been taken. The photos were taken around 13.00 today, and I was unable to include all the rubbish in the three photos allowed. It is opposite the end of Rutherglen Road, the path leads to Winn's Common. url: https://fix.royalgreenwich.gov.uk/report/1199806 Submitted via FixMyStreet 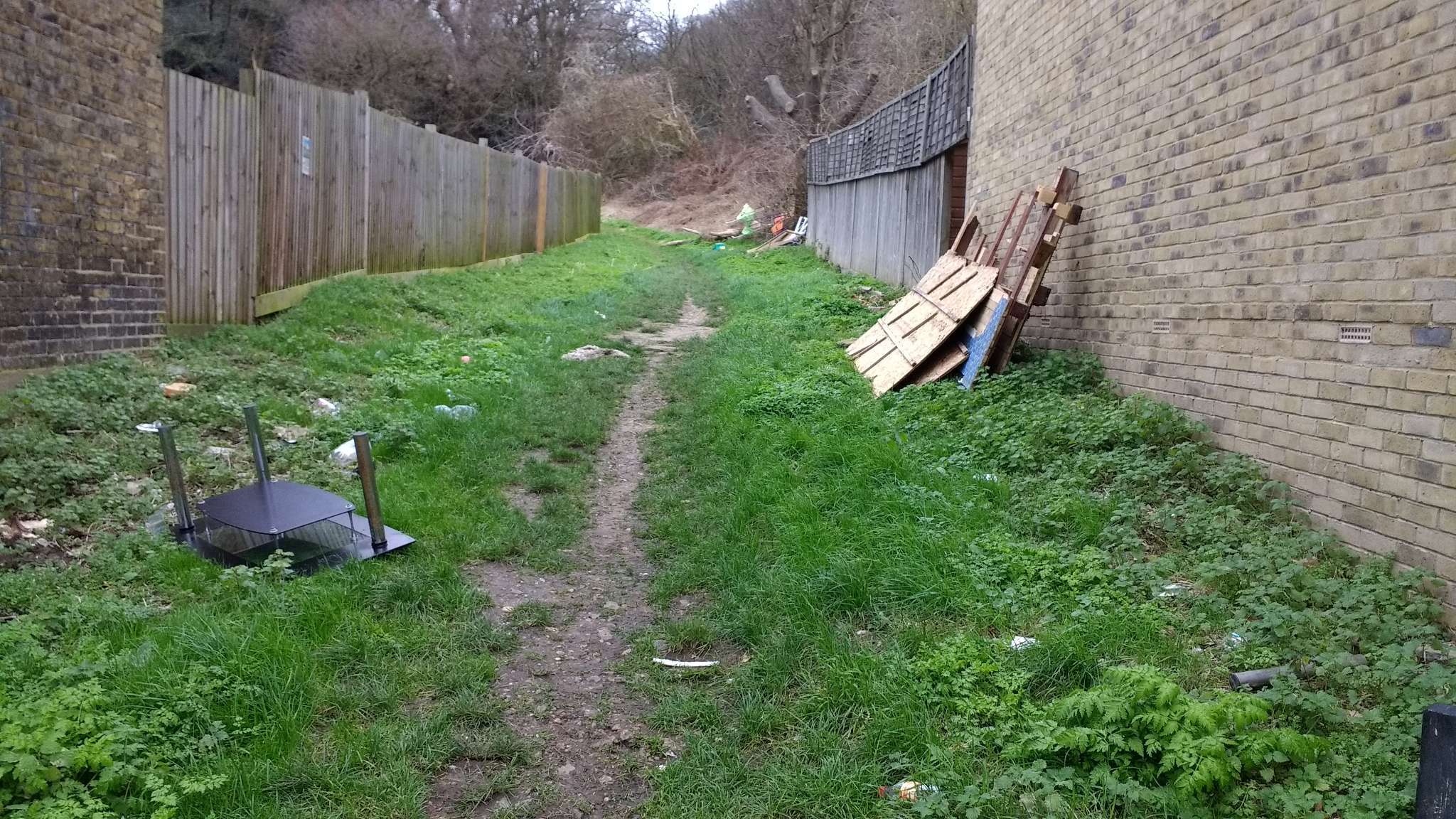